*Due to the large volume of applications being submitted, we are simply not able to respond to them all. If your application is selected to move to the next steps in the review process you will be contacted by a coordinator via email or phone call. 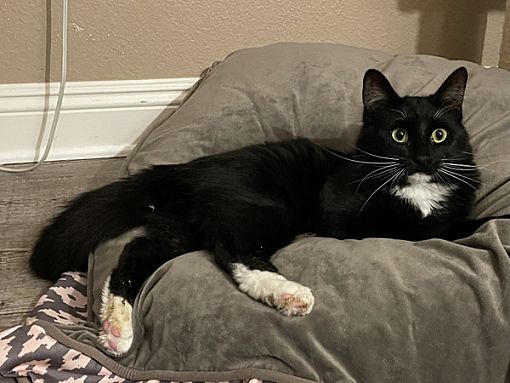 Sweet Chase is our very own Weeble Wobble–you know, they wobble but they don’t fall down? Of course, Chase might fall down sometimes, but it’s all ok, because he doesn’t mind. You see, as a cat with cerebellar hypoplasia, Chase’s brain doesn’t tell him that wobbling is bad. Kind of like the Weebles, it’s just what Chase does and how he is. And trust us, he does not let a little wobble stop him! Chase is a super social kitty. He loves other cats and cries for them when he’s not around them. He was also very interested in dogs, though not one so big that it might knock Chase down. He was easily spooked by young kids, but might be fine with older children who can watch out for him. Basically, he doesn’t like to be alone. Wobbles aside, he loves to climb and hang out on a cat tree and play with feather balls. And he’s very food motivated–he looooves his treats and will be your best friend if you’re the one offering them! Bottom line: our little Weeble Wobbler is a super sweet 10-month-old boy who doesn’t require special attention other than ensuring he has a safe space to explore. He’s ready to live his best kitty life with a loving family and a cat friend or two!

These cats and kittens are NOT available for adoption through our Barn Cat Program. They have been worked with by our wonderful foster volunteers and are ready for their fur-ever homes. They are looking for indoor only homes.

All of our kittens are up-to-date on vaccines, FeLV tested, microchipped, and spayed/neutered. Please note that ages are approximate. 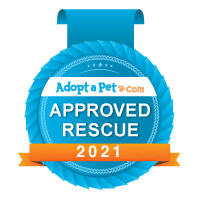 Apply to Adopt a Cat/Kitten

If you are unable to see our Adoptable Cats below, Please use this link:
https://www.adoptapet.com/shelter87084-pets.html