Feral Cats – Why use the Trap, Neuter, Return Method

What is Trap-Neuter-Return (TNR)?

Studies have found that neutering improves feral cats’ coat condition and helps them gain weight.“…[R]esearch at the University of Florida shows that they gain weight and stray less after they’ve been neutered, so that’s a benefit for their welfare, as well,” says Dr. Levy.

Trap-Neuter-Return relieves cats of the constant stresses of mating and pregnancy.

“The obvious benefit of Trap-Neuter-Return to the cats is that the females don’t go through cycles of producing more and more kittens. Their health is actually improved,” says Rich Avanzino, longtime director of the San Francisco SPCA and current president of Maddie’s Fund. Spaying and neutering also virtually eliminates the chance of cats developing mammary or testicular tumors

Cats are vaccinated against rabies.

“The process of Trap-Neuter-Return has an immense benefit for the cats that are involved in these programs,” explains Dr. Levy. “They’re vaccinated, so they’re less susceptible to infectious diseases.” Although feral cats are healthy, vaccinations given during TNR protect them even further and help put community members at ease.

At the conclusion of the 11-year study of the impact of TNR on feral cat colonies at the University of Florida, 83% of the cats in managed TNR colonies had been residing in those colonies for more than six years—indicating a lifespan comparable to the 7.1-year lifespan of pet cats.

Once TNR is in place, the cats will no longer reproduce. The population will stabilize and eventually decline.

Studies confirm that once TNR stops reproduction, and therefore mating behaviors, the cats’ relationship with residents improves. Colonies become quieter as behaviors like yowling or fighting stop, calls to authorities about the cats decrease significantly, and community morale improves.

Trap-Neuter-Return is an essential and valuable component of shelter reform to save cats’ lives.

When used as a part of overall shelter reform with policies including no longer accepting cats at the shelter, across the board, communities with TNR programs report a decline in shelter intake. Alongside a decrease in cat-related calls to animal control, researchers in Orange County, Florida, also found that the number of cats killed by animal control decreased in the six years after TNR was initiated 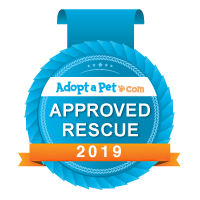